HubSpot COS and Development Blog

COS Tutorials Code Design Integrations All

What is his personal approval rating?

Weigh in on this real life sales scenario- is Bill lying? Is Rick mean? Why does it matter? https://t.co/K8mDPQzmig

Rick is a salescoach I hired and I'd call him a guru or a mentor.  My coaching was done a few months ago.  But I follow him online and check in with him sometimes.  Some people think he's mean.  When I worked with him there were a occasions when I thought the same thing.

So Carole played on the perception in her tweet yesterday.  It's one of those tweets you want to jump in on because Rick has the cult of personality and he's very effective and very misunderstood.  He's a little bit like Donald Trump.  He's a sales guru.  He knows how to keep you engaged.  Some people love him and some people hate him but not many say anything in the middle.

So Carole had me thinking of this headline, "Is Rick mean"?  By now I should know.  Carole who now works with him always has sworn he's not.  Why would she work with him if she did?  Sometimes I think he's definitely the weirdest guy I know if he's not mean.

Funny how the fabric of time is woven.  Carole posted "Is Rick Mean" yesterday and today I received an email from Rick that I thought was rude, insensitive, and mean.

The prior two weeks were awful for me with personal stuff and this week was looking like it was going to get back on track.

An email from Rick comes Monday for something I owed Rick.  I was expecting it.  It takes me about an hour to get him this thing he needs.  (In my mind it seems like so much more work than it is.)  But it's something I should have for him pretty quickly.

I knew I was in the weeds and I asked Rick without providing any reason, "is Wednesday ok?".  He said "yes".

Tuesday comes and I get one of those calls you don't want to get ever.  It was a personal issue to deal with that made me wonder how I would get through the next couple of days.  Without getting into, it I had two hours of chest pain from the call.

It was a huge distraction for me and from that point in the week I wasn't timely with important things like getting information to prospects on deals and more.  It was rough,

Wednesday I looped Rick in on my personal situation, hoping he would understand that I might miss having it for him Wednesday.

Rick sent me an email a day or so later asking about the situation.  I assumed Rick just wanted what I owed him and could care less.  But still I thought "maybe I am making an assumption".  So I brushed off the emotions and just responded.

Time was moving faster for me this week than the rest of the world.  I thought I made it clear to Rick in my last email that I was going to be offline through the weekend.

I woke up today and before I got out of bed I checked my emails on my phone.  I didn't even wake up yet and there is another email from Rick at 7:45am.  Rick was up before me.  He usually is working every Saturday at 7:30am according to Sidekick.

The email was something like this "How's the situation?"  then he listed a bunch of stuff he had to do and illustrating life is hectic for him too, and then he asked for what I owed him.  I was lost in myself and emotionally wrecked.   This time I thought "I was right about him the other day.  He's a jerk".

What I heard in his email was "I don't care if it's Saturday, I don't care about your pain, you don't have anything more to deal with than anyone else, I want what you said you would do".  I stared at my phone for 5 minutes thinking of how I was going to respond.  I wasn't going to be rude.  I felt his questions were insincere and felt responding to them would be giving him some kind of control.  He wasn't going to win. 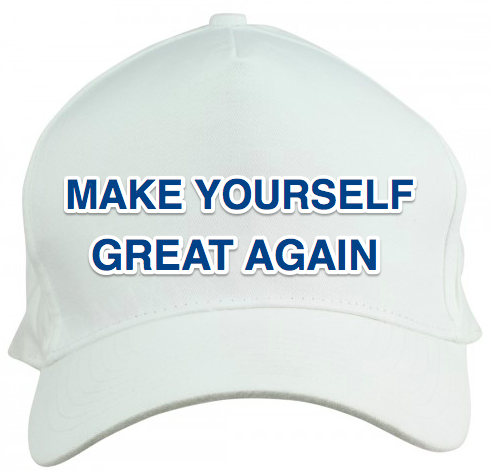 It's important to note that during all of this, Rick and Carole were putting out some great content throughout the week in their blog and on Twitter.  Although I was falling behind, and was wrecked, it was a great distraction to read it.  They had some good stuff on the need for approval and emotional involvement in sales.  I had a very emotional week and it was bleeding over so this was great stuff and motivational.  It was keeping my train on the tracks.

Rick wrote this about "Bill and Hillary" (you can read it to see how that title actually is a great read on a sales story about need for approval).

Carole's writing a sales book and said this was an ispirational post regarding need for approval by Carthage Buckley called "13 Approval seeking behaviors that you need to stop".

So for a few minutes this morning I am in a dilemna of my emotions blurring business logic.

OK so here's what I have in my evaluation basket:

This is what the thinking looks like -- "I don't have your approval.  You don't think I matter.  I don't like you because of it.  I'm going to think about telling you off, but really just nod my head, and then go off and be mad".

So much of this is what I was trained not to do with sales.  It's a very common and dangerous frame of mind when dealing with prospects.

Lightbulb!  This isn't Rick.  This is me!  I mean he could still be a jerk, but if he is why do I care?  Why would anyone care about a jerk?  If a jerk gets to you then you agree with the jerk.  It's about you.  Release the emotions.  When it all sunk in, this just became a learning experience and something I now am sharing it.

It's funny because most people are so emotionally involved and have a need for approval, that if they were Rick their email would seep with it, if they even sent it.  They would be making assumptions rather than asking questions.  They wouldn't get what they wanted as a result and then got mad on the inside while putting on the fake smile.

Doesn't that give you a pit in your stomach?

Rick has been a trainer for many years and maybe like Donnie Brasco he can't get out of the role for a minute of the day and doesn't want to.  His email taught me something.  And it was only because it made me think about my actions.


The really cool thing is that if we all stopped trying to guess what people want or what they think and just ask, we can learn, we can set ourselves free.  But we are hostage to fear.  The fear of not having approval.  This is what Rick talks about in Bill and Hillary.  And if you want to know the 13 demons it breeds they are in the post Carole shared here.

I did have a second reaction to this email from Rick.  It was one scenario to show him I didn't care.  It was to just respond to what he wanted and ignore the rest.  But that would have still been emotional because it was coming from this thought.  "Rick you don't give a damn and neither do I.  Here you go, you jerk."  I would have ignored his question on "how is everything" or even mentioned the events in his life that he was sharing.

Make Money?  Or Make Money and Be Happy?

It's funny because I think there are some business titans out there that try to show they don't care just to get a reaction.  They act impervious but they still need the approval.  It's really funny because these guys are really powerful and it's what you see a kid do when they are a tween.

It's the push off for attention.  It's the "I don't care what you think, so let's see what you think".  And if you are trying to release emotional involvement and need for approval you may falsely think you have conquered it because your language is "I don't care" but you still do.

It reminds me of one time during training I asked Rick, does anyone you train have the guts I have, the lack of inhibition with a prospect to lay it out there.  He said no, but it comes from the wrong place with you.  Ultimately my emotional involvement had the ability to make me "mean" (wasn't Rick the mean guy?).

If I'm still going through the motions and have any emotional involvement or need for approval,  being rich is still within reach.  There are a lot of mean emotional rich guys out there. However is it just the money?  Could I say I was happy, or have that quiet confidence that people admire?  Would I be going down the right path?

Is There a Takeaway?

Carole asked this question on Twitter this week "How Does Need for Approval Impact Sales?"  I think the full answer to this could be a series of blogs or even a book.

If you have a need for approval you can read all the books you want.  You can take all the training in the world.  But after the books are read, and the training is done, you won't be a rockstar without the cost of your happiness.  Your skills will fade, and your bad habits will come back.  You will keep the wrong relationships and lose the right ones.

Have you felt this way?

Have you conquered emotional involvement and need for approval?

Is Rick mean?  Does it matter?

Did this help you or make you think?

Helpful resources, tips, and how-to's for the HubSpot COS.